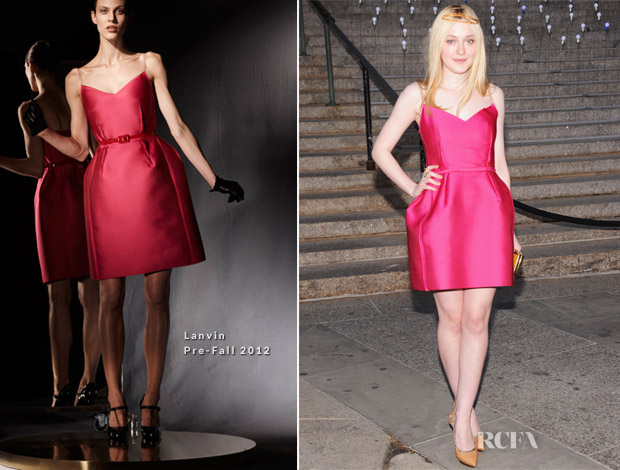 Dakota Fanning attended the red carpet for the 2012 Tribeca Film Festival Vanity Fair Party in New York City to celebrate the opening of the festival, which runs from April 18 through to April 29. The young actress wore a Lanvin Pre-Fall 2012 dress. It’s a picturesque vivacious pink dress, very youthful and lively. Her choice of footwear in the other hand was a tan Christian louboutin pumps that didn’t blend well with the dress. Also, her selection of headpiece is a bit puzzling as it mismatched the concept of the dress. 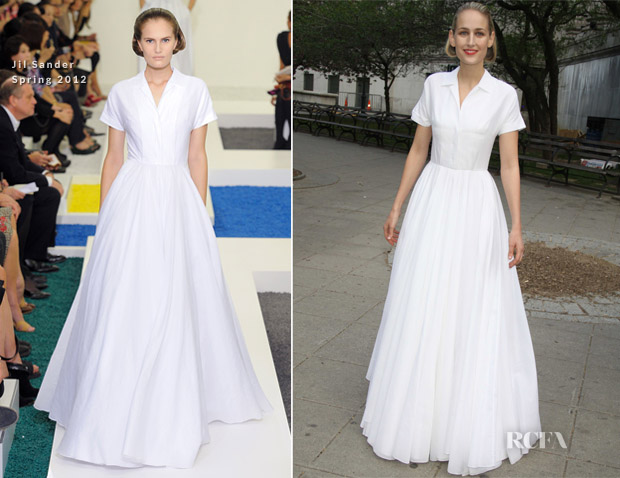 Leelee Sobieski chose a clean, pure white look while attending the 2012 Tribeca Film Festival Vanity Fair Party in New York City, which was held at the State Supreme Courthouse last night. Wearing a Jil Sander Spring 2012 dress, she is a picture of elegance. 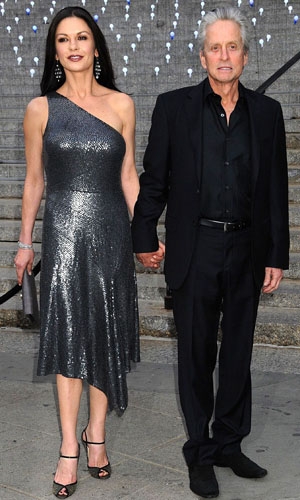 The Welsh actress Catherine Zeta Jones wore a sequin one-shoulder dress as she walked the red carpet with husband Michael Douglas. Her over look didn’t come to our liking; Catherine could have spiced it up with lovelier mends.
By Sausan AlKadi at 11:15 AM

Sausan AlKadi
Los Angeles, Saudi Arabia
Nothing of me is original, I am the combined effort of everybody I have ever known. I am a wanderer, I have a lust for fashion, vintage finds, travel, art, culture, music,photography and whatever inspires me. Style me Sausan is run by Sausan, a young Saudi Arabian woman. She has lived in Los Angeles for 4 years and is now working as a fashion buyer and marketer for high-end italian brands in Saudi Arabia. Follow Sausan on Snapchat, Instagram and Twitter @stylemesausan